"I have owned and used my Personal Pitcher for almost 10 years now, and I have to say that it is the greatest hitting device I have ever seen. I can take swings as often as I want, anywhere from my basement, to my back yard, inside racquetball courts, and even off to the side of a ball field before the game starts." ~ Jim Siokos, Davenport, IA 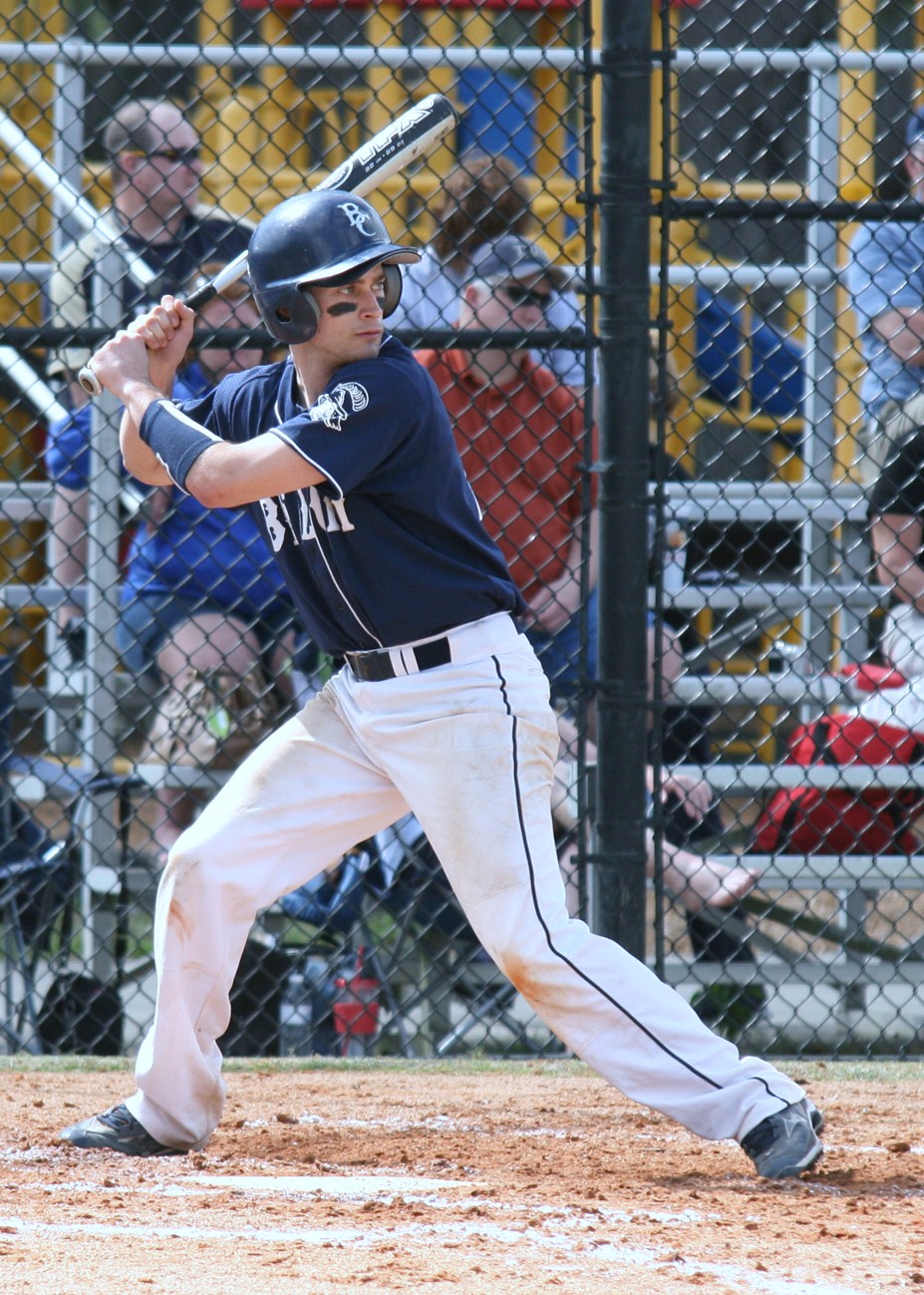 "I strongly benefited from the Personal Pitcher system during my years playing high school and college baseball. The ability to get hundreds of extra repetitions on my own time gave me an advantage over the competition, both on both offense and defense. It was especially useful to practice bunting and making quick tags, important fundamentals which are often neglected during normal practice time. The visual acuity and concentration required to hit and catch the small wiffle golf balls are excellent preparation for a live game. I would strongly recommend the Personal Pitcher for any player looking to go the extra mile in his or her preparation -- there's no simpler way to get more reps than the competition!" ~ Evan Mascitti - Madison, WI

The Personal Pitcher works for all our hitters age 10-18

"GREAT PRODUCT! The three kids want to use it all the time. It works for all our hitters age 10-18." ~ Lou Cantu - Park Forest, IL

"The Personal Pitcher is a great tool, especially on the East Coast where we have basements to set it up...the winter goes by more quickly." ~ David Graham - Poolesville, MD

The Personal Pitcher was the best solution at the right price

"After searching the web this seemed like the best solution at the right price point that I wanted to invest. The battery and portability is a very nice bonus. The fact that it can show various pitches and has the various speeds makes it very versatile that you can progress and improve." ~ Dave B

"I just want to thank you for your great product. My son started using his Personal Pitcher as a 14 year old. That year he helped lead his team to the local Pony League Championship game hitting a home run in the semifinals to knock off an undefeated #1 seeded team. When he was a senior in High School, he became the local newspaper coverage area’s batting champ. He spent countless hours in our back yard using your product and the results speak for themselves. He batted over .600, had a grand slam and went 6 for 6 with bases loaded as his team’s cleanup hitter that season. Oh did I mention that before we found about the Personal Pitcher… As an 11 year old little leaguer, he only had 1 hit during his entire season?" ~ Mike T - Solon, OH

The Personal Pitcher transformed and honed my hitting abilities

"My two boys were sooo excited that we were finally able to order your Personal Pitcher Pro machine today. And actually, my Dad purchased one of your machines for me back in 96' when I played ball in high school. I remember after only hitting on the machine for two weeks, I hit my first home run out of the park! Totally transformed and honed my hitting abilities. I look forward to watching my boys enjoy it as I did." ~ Bret M - Rogers, AR

The Personal Pitcher is the best little gizmo I ever bought

"My daughter used it last yr and was the youngest girl on a first year fast pitch team. She was one of the best hitters on the team. I think the Personal Pitcher as well as just plain hard work and attitude were the reason." ~ Troy R - San Diego, CA

We love our Personal Pitcher

"So my 11 year old son used his Personal Pitcher Pro this last Sunday morning before we headed out to the ballpark for a double header. First time up to bat he cracked one about a foot in front of the fence. I'm sure he'll be hitting it over with a little more time on the device. We love our Personal Pitcher Pro!!!!" ~ Ted C - San Diego, CA

"You guys have an excellent product. I have tried several others but none are better than the Personal Pitcher." ~ Brian Jones, 21 - Kernersville, NC

Great product - My daughter loves it so far

"I ended up on your website thru another parent who brought your machine to one of my practices.  I had asked him if I could get the information off the machine to get to your website and started looking into the machine.  One thing led to another and I purchased the machine.  Great product, my daughter loves it so far, as will my girls fastpitch softball team.  Thanks!" ~ Garry M - Commerce Township, MI

Within 1 season of using the Personal Pitcher almost daily during baseball season, my son went from an average hitter to the best hitter on his team

"I bought a Personal Pitcher from a word of mouth recommendation of a satsified user when my son was 6 years old. Within 1 season of using it almost daily during baseball season he went from an average hitter to the best hitter on his team. He is now 11 years old & still uses the Personal Pitcher. He has led his team(s) — regular & post season consistently in RBI's & is always batter #3 or #4 in the lineup. We both (my son & I) believe the key reason for his success at the plate has been the Personal Pitcher." ~ Frank Anade

The Personal Pitcher keeps my son away from video games

"Dear Personal Pitcher, I am writing to thank you for your outstanding customer support and service. My 8 year old son recently decided he wanted to start playing baseball in addition to soccer and hockey. Always active and we honestly cant keep up with him, I think this will be a great addition to the family and keeps him away from video games." ~ John S - Virginia Beach, VA

After using the Personal Pitcher just a couple of months, my son has one of the best bats on the team

"I recently purchased a personal pitching machine for my 10 year old son.  He is a great pitcher but his hitting often had him sitting the bench till his arm was needed. Not any more just a couple months and has one of the best bats on the team.  Thanks for a great product!" ~ David C - Hernando, MS

"We owned the personal pitcher for about a month or so & i am more then pleased with the results. my 12 yr. old son plays in Cal Ripken & on a travel baseball team.  Since we been working with the personal pitcher Brandon has hit over 500 & has 3 homeruns .1-solo, 1-2run ,1 - GRANDSLAM. you have to understand Brandon is about 90lbs soaking wet & maybe 4' 10" tall all HR were over 215' OR BETTER. As his dad & travel coach I new w/ hard work & discipline anything is possible. The best part is he is the one that wants to hit everyday after school & definitely before all his games." ~ Brandon S - Wellington, FL